Northern part of Kenya is covered by 2G, 3G, 4G mobile networks. This cellular data in Marsabit is provided by the leading telecom operators in the country – Airtel, Safaricom and Telecom.

This is evident by the presence of ever-expanding Booster Transmission Stations (BTS) that have been erected by these telecom providers.

The bigger light in the northern part of Kenya is the recent announcement of Google’s Loon, a subsidiary of Alphabet that offers a novel approach to internet connectivity. Loon announced that its internet balloons have been approved to fly in Kenya. The Loon USP is to take the essential components of a cell tower and made them light enough and durable enough to operate at 20kms above Earth. By moving with the wind, Loon balloons can be arranged into small clusters to provide periods of prolonged connectivity in a defined area.

The balloons act as floating cell towers, transmitting a provider’s service directly to a subscriber’s LTE handset below. Loon’s balloons are designed to last for hundreds of days. (Developing telecoms report).

This advancement in network and telecommunication has been an enabler of both local and eCommerce businesses like Jumia, logistics companies like Wells Fargo, DHL, G4S Kenya within town areas of Marsabit. Local consumers are now served with variety of products and services available anywhere in the world. They are now using online shopping platforms available globally including Amazon which is enabled by Equity Bank Branch in the Area. DHL Express Sub-Saharan Africa Vice-President of Operations Oliver Facey expressed optimism that e-commerce was experiencing steady growth in Kenya “especially in light of consumers having increased access to the Internet through mobile phone technology and a fast-growing middle class. (Daily nation 2016).

The major benefit which is across societies is how communication has been fast, cheap, and the efficacy of accessing services such as health care, security updates, and Nomadic life family bond through ever fast Network connectivity. Local county government communication departments, Non-Government Organisation have all benefited from incentives which has been made bigger due to competition among telcom providers in Kenya including home-internet access.

The late Marshall McLuhan, a media and communication theorist, coined the term “global village” in 1964 to describe the phenomenon of the world’s culture shrinking and expanding at the same time due to pervasive technological advances that allow for instantaneous sharing of culture (Johnson 192). This prophecy is evident in the Northern part of Kenya.

Nexus of the digital economy among Nomads of Northern Kenya is that on the other hand, people are afraid that the evolution of a global village will raise conflicts between cultures, cause fragmentation of culture, or lead to cultural domination by more developed countries and possibly create hybrid cultures (Johnson 191–96). Assuming Marshall McLuhan’s analogy of the world as a global village is an accurate prediction of the effect of cultural globalization, what consequences and benefits will emerge from this compression of culture? This essay will consider the implications of conflicting arguments addressing this question. Understanding what these changes will mean for each existing culture individually, and being careful to consider all sides of the discussion with equal relevance is essential to forming a universal understanding of what globalization means.

If we cannot agree on the implications of these cultural shifts, perhaps we cannot identify ourselves as members of a global village after all. 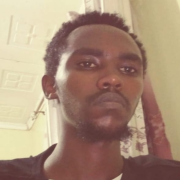